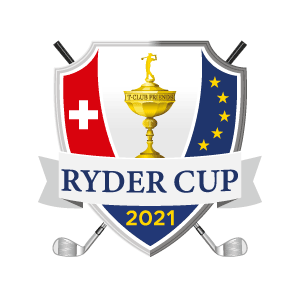 Team USA won the Ryder Cup by 19 points to 9, at Whistling Straits, a demolition job.

Team USA Captain Steve Stricker summed it all up;

“This is a new era, these guys are young. They want it. They’re motivated. They came here determined to win. I could see it in their eyes.”

“The U.S. were very strong, whatever their plan was, they got it right this week.”

“A strong team, played well. Kept the momentum, and they would have been tough to beat at the best of times, let alone when they are at top form. It’s a great win for them.”

Rory McIlroy has yet to score a point for Team Europe;

“Disappointing not to contribute a point for the team yet. So hopefully just go out tomorrow and try my best to get a point, and hopefully we can rally and at last give them something to maybe sweat about tomorrow in the middle of the afternoon.”

Team USA demolished Team Europe by 6 points to 2 on day one of the Ryder Cup, any thoughts of Europe retaining the Cup have gone whistling down the proverbial Whistling Straits Golf Course wind.

Tomorrow is another day, but Padraig Harrington has got a lot to do to raise the moral of his beleaguered Team Europe squad.

Jin Young Ko of South Korea wins the Cambia Portland Classic, reduce to 54 holes due to to bad weather at Oregon Golf Club.

J.Y. carded final Sunday third bogey free round -3 under par 69, to win the Cambia Portland Classic by four shots at -11 under par;

“I really wanted to play yesterday, but we couldn’t play.”

“I tried to make a bogey-free round today, and I made it.”

“This course was really amazing, perfectly clearing, and fairways and greens are really perfect, I can’t wait to play for next year.”

Tied in second place at -7 under par, were Lucky Lee6, South Korea, and Sue Oh from Australia, both signed for rounds of -3 under 69 today.

Sue was happy with her result;

“I played with kind of a slow start and hung in there and just I holed a really good par putt on 6 and then I kind of got the round going a little bit and then stiffed one on 7.”

“I hit it pretty good today after that. A few more putts drop then I would have been closer, but still pretty happy with how I played this whole week.”

Max carded a -7 under par 65 final round to win the Fortinet Championship at -19 under par, a one shot victory;

“I had full control today, I had a really good warm-up, hit my wedges really well.”

“The only bogey I made was going kind of right at it so just felt like I had good control. It just feels really nice.”

“You want to have a Tiger moment, he’s made it from everywhere to win.”

“Sometimes when you put yourself in that state of mind, great things happen.”

Maverick McNealy, leader at the start of play, finished in second place one shot back at -18 under par, with a -4 under par 68 last round;

“I was pretty good in the morning, but had a few short game mishaps late in the day.”

“If I hit that fairway on 17, I’m putting for birdie, it’s a different story.”

Mito Pereira of Chile was in third position at -16 under par, with a last round -4 under par 68.

Kristoffer Broberg of Sweden wins the Dutch Open at Bernardus Golf Club in The Netherlands.

Kris had a nervous even par last round of 72 to win the Dutch Open by three shots at -23 under;

“It feels good. I broke down on the 18th but it’s been six years of hell. Three different surgeries on my left side but now I’m starting to get back where I’m supposed to be.”

“The first few days I played really good. Today I was struggling like I was in the off season. I thought my eight shot lead would be enough today, but Matthias played some really beautiful golf.”

“It’s been a nightmare over the last six years, I was so close to quitting, it’s been so, I don’t know the word for it, but it’s been a tough time.”

“It’s going to be a game changer. I’ll get into bigger events and can plan my schedule a little bit. Before this I was at home for a month. I didn’t know where the game was, but it was good enough.”

Matthias Schmid, Germany, claimed second place at -20 under after spirited chase down of the leader, carding a final round -6 under par 66;

“It’s been quite a journey the last four days, I struck it beautifully and gave it a run and see where I’m at.”

“In the end, I fell just a couple of shots short.”

Alejandro Cañizares of Spain was third at -18 under par, with a last round -4 under par 68.

Celine made a winning birdie putt on the last hole to win the Lacoste Ladies Open title with a final round -3 under par 68, and a tournament total of -11 under par;

“I couldn’t have hoped for a better ending, it was a special week all round.”

“All five of my family were here supporting me which is quite rare, and my brother was caddying for me so I feel grateful and blessed to be able to share it with them.”

“I was a bit frustrated when I dropped shots because they could have been avoided, but I kept patient because I knew I was putting well so I had to keep giving myself opportunities.”

“I’m still in shock from the summer because it’s all been so surreal with the Solheim Cup victory and now this.”

“I came close to winning two years ago so I’ve had the win here on my mind for a while, so I wanted to improve my performance this year, so I’m over the moon with this win.”

Kylie Henry of Scotland finished in second place at -10 under par, she also had a -3 under 68 last round;

“I’m really happy with how I played, I feel like I hit a lot of good shots on the back nine but I just didn’t manage to make any birdies.”

“Second place isn’t what you dream of but I’m still really happy because it is a good result and I’m happy to be back in contention.”

“I didn’t make any bogeys so I’m really happy with that because it shows that it was really solid golf.”

“I gave it my best but that putt on the last from Celine was outstanding, and that’s why she’s a Solheim Cup player, she was brilliant.”

Three ladies tie for third spot at -8 under par, Pauline Roussin Bouchard, France, with the low round of the day – 5 under 66, Anais Meyssonier, France, -2 under 69 and Magdalena Simmermacher of Argentina, -1 under 70.

The Oregon Golf Club has received nearly 2 inches of rain since Friday night, making play impossible for Saturday, and maybe even Sunday.

A Monday finish is likely, and it is still unknown at this if this will be a 54 hole or 72 hole tournament, that all depends on how co-operative the weather wants to be on Sunday.

Maverick McNealey and Jim Knous share the top spot on the Fortinet Championship leaderboard after 54 holes at Silverado Resort and Spa in the Nappa Valley in California.

Maverick -2 under par 70 today and Jim with a -7 under par 65 third round are tied at the top of the Fortinet Championship leaderboard at -14 under par.

Jim had a hot putter today;

“Putter got hot there late on the back nine.”

“I just tend to see the breaks pretty well out here. A lot of them have big swings and you can use your imagination and that’s kind of how I like to putt, so I was able to roll some nice ones in.”

Jim even threw in a birdie on the last hole from off the green;

“Me and my caddie had a great read, it was just going to break a little bit right at the end. Put a good stroke on it, perfect speed, and there you go.”

Maverick was also happy with his putter performance today;

“It was a crazy day, I remember hitting a good tee shot down the middle on the 12th with a utility iron and everything seemed to slow down and calm down for me. I started seeing my lines with the putter.”

Maverick hurt his wrist punching a shot out from a tree root;

“I was really lucky that I didn’t try to hit a full swing because I chipped out sideways and a softball-sized rock came out from under the ball.”

“I stung my wrist a little bit. I’m really glad I didn’t go after that one full because I told my caddie I would have been out for a year.”

Not too far back is major winner Phil Mickelson at -10 under par, Phil carded a -5 under par 67 third round, to put himself in contention. Following his round Phil went straight to the practice putting area;

“I felt like I blocked a couple putts and I just wanted to work on that.”

“I’m in a position where a good round tomorrow will do some good, and it’s fun to have a little later tee time and to feel some of the nerves and so forth.”

“I know I’m going to have to shoot probably 7, 8, 9 under par to have a chance, but either way it’s fun having that chance.”

Kristoffer Broberg of Sweden shoots -11 under par 61 in the third round of the Dutch Open to lead the tournament by eight shots, at Bernardus Golf Club in The Netherlands.

Kris has extended his lead in the Dutch Open to eight shots after his sensational third round of -11 under par, which included a bogey, his tournament score is now -23 under for 54 holes, a new lowest 54 hole score record, courtesy of a smoking hot putter;

“It was a great day. I played solid in the beginning, then I was struggling a little bit from seven to ten, but it was pretty good in the end and the putter is just smoking hot.”

“It is just rolling purely, and I see every single line, so golf is easy when it is like that.”

“I have been struggling all year with my game and my putting, you know I was looking at the stats and I was working hard on the putting.”

“I saw an optician in Sweden and put a contact lens in the right eye so that was key, and now I can see the lines but in the beginning I played some really good golf.”

“Key shots into one, two, three and a really good shot on four.”

“I wasn’t thinking about 59 because I don’t like that tee shot and I’ve had a problem all year with my set up, I don’t feel a lot of confidence over the ball with the driver or the woods, so I just aimed left.”

“I am just going to take one shot at a time and I’ll watch the leaderboard to see what the guys do but just play my own game. Keep it simple.”

In second place is Marcus Helligkilde of Denmark, a third round -4 under par 68 giving him a total of -15 under par.

Three players are then tied in third spot at -14 under, Richard Mansell, England, -5 under 67 today, Matthias Schmid, Germany, -7 under 65, and Alejandro Cañizares of Spain with -5 under 67.

Only question here is, who will finish second.

From Average to Elite